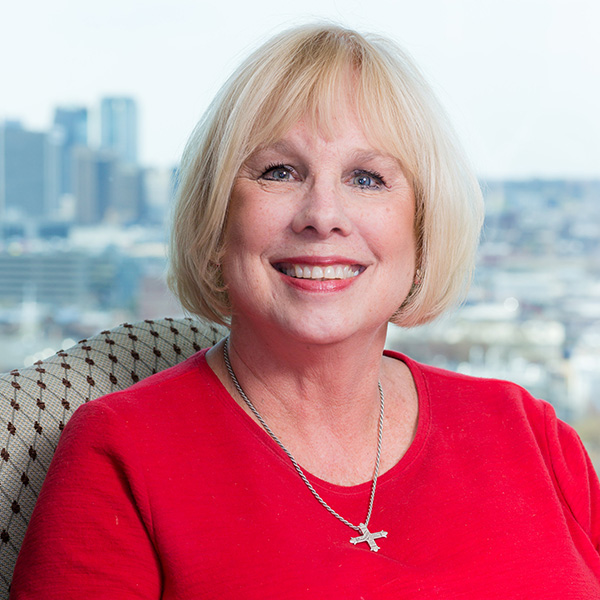 Sammye Oden Kok (pronounced Coke) is an attorney at Dominick Feld Hyde, P.C. She practices in all areas of family law, including but not limited to divorces, modification, custody, pre and post nuptials and private adoptions.

Sam graduated in 1983 from Cumberland School of Law. She clerked while in law school and later was an associate and a shareholder at Dominick Fletcher Yeilding Wood & Lloyd; later to merge with Feld Hyde and become Dominick Feld Hyde, P.C.

Prior to becoming a lawyer, she became a wife and a mother, and while completing her college at Auburn in 1974 with a BA in Sociology, she was employed by Auburn and worked in the prisons as a psychological research assistant. She later became a licensed Social Worker II and worked in Talladega and Etowah County DHR, handling rape, incest, abuse and neglect cases and occasionally adoption cases through the system and into the courts. In 1980, as a single mother, she and two other social workers after being accepted into law school, quit their jobs and moved to Birmingham with their children, dogs and other animals to attend law school.

Sam is a Fellow in the American Academy of Matrimonial Lawyers, one of the first 2 women in the Alabama Chapter. She has been past chair of the Alabama Chapter and has worked on national committees and was one of the lawyers who presented a week long 40 hour national mediation course. Sam was one of the first domestic mediators in the Birmingham area. She is registered as an Alabama State Mediator in the areas of civil, family law, domestic dispute cases and appellate cases. She is one of the founding members of the Alabama Academy of Attorney Mediators. She is a speaker on family law, mediation and adoption. In recent years she has been the recipient of various awards including “Super Lawyers” in Family Law, The Best Lawyers in America® in both family law and family law mediation, the B-metro awards as “Top Flight Attorneys” and Top Women Attorneys.

She served in the U.S. Army Reserves in the JAG Unit and has an honorable discharge.

In 1991, Sam married Corstiaan (Tony) Kok, originally from the Netherlands. He is a retired Mechanical Engineer and upon coming to the States he joined the USAF where he was a crew chief on a C I33 in Viet Nam and is also honorably discharged from the USAF. Together they have a blended family of 4 adult married children: William, Michael, and Stan Kok and Brandy Ray Dinsmore and five wonderful grandchildren: Bella, Callie and Broox Kok and Will and Jack Dinsmore. Sam and Tony are members of the Holy Apostles Episcopal Church and have been to and been on staff of Cursillo.

Sam’s hobbies include her grandchildren, oil and acrylic painting and DIY projects.